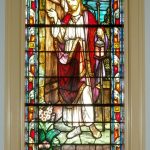 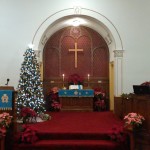 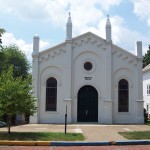 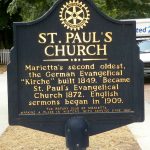 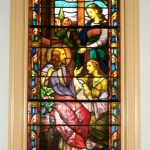 What is now St. Paul’s Evangelical Church began as the German Religious Society in 1838, serving new German immigrants arriving in the area in increasing numbers. The Society served people from all the Protestant groups the immigrants had left behind in their homeland. In 1839-40, the congregation was organized and chartered as the German Evangelical Church, and built its sanctuary at the corner of Fifth and Scammel Streets in 1849. That sanctuary has been in use by this congregation to the present time. In 1872, ‘Saint Paul’s’ replaced ‘German’ in the church’s name.

After a period of decline from the 1970’s through mid-1990’s, Saint Paul’s Evangelical Church embarked on a deliberate pilgrimage of redevelopment in 1998. The three ‘R’s of that pilgrimage are:

We believe this is God’s will for us as we follow our Lord Jesus Christ early in the 21st Century. It is our way of living out the two ‘Greats’ he has given his Church:

The Great Commandment, to love God and neighbor:

The Great Commission, to go into the world and make disciples, baptizing and teaching in his name.

Go and make disciples of all nations, baptizing them in the name of the Father and of the Son and of the Holy Spirit, and teaching them to obey everything I have commanded you. –Matthew 28:18-20 (NIV)