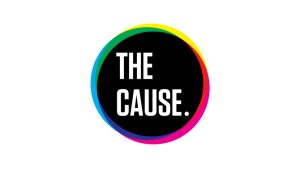 20 And David rose early in the morning and left the sheep with a keeper and took the provisions and went, as Jesse had commanded him. And he came to the encampment as the host was going out to the battle line, shouting the war cry. 21 And Israel and the Philistines drew up for battle, army against army. 22 And David left the things in charge of the keeper of the baggage and ran to the ranks and went and greeted his brothers.23 As he talked with them, behold, the champion, the Philistine of Gath, Goliath by name, came up out of the ranks of the Philistines and spoke the same words as before. And David heard him.

24 All the men of Israel, when they saw the man, fled from him and were much afraid. 25 And the men of Israel said, “Have you seen this man who has come up? Surely he has come up to defy Israel. And the king will enrich the man who kills him with great riches and will give him his daughter and make his father’s house free in Israel.” 26 And David said to the men who stood by him, “What shall be done for the man who kills this Philistine and takes away the reproach from Israel? For who is this uncircumcised Philistine, that he should defy the armies of the living God?” 27 And the people answered him in the same way, “So shall it be done to the man who kills him.”

28 Now Eliab his eldest brother heard when he spoke to the men. And Eliab’s anger was kindled against David, and he said, “Why have you come down? And with whom have you left those few sheep in the wilderness? I know your presumption and the evil of your heart, for you have come down to see the battle.” 29 And David said, “What have I done now? Was it not but a word?”

Coffee & Discussion:
9:00 – 9:45 AM – in the Parish Hall Upper Level.  Our current topic is a study of the Evangelical Catechism.

Sunday Morning Worship:
10:00 AM – in the Sanctuary.  Join us today for Pastor Joe Vasarhelyi’s sermon “The Cause.”