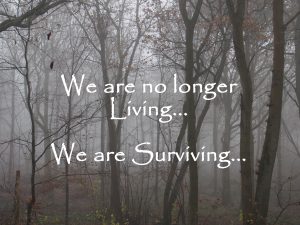 19 For it is a credit to you if, being aware of God, you endure pain while suffering unjustly. 20 If you endure when you are beaten for doing wrong, what credit is that? But if you endure when you do right and suffer for it, you have God’s approval. 21 For to this you have been called, because Christ also suffered for you, leaving you an example, so that you should follow in his steps.

22 “He committed no sin,
and no deceit was found in his mouth.”

23 When he was abused, he did not return abuse; when he suffered, he did not threaten; but he entrusted himself to the one who judges justly. 24 He himself bore our sins in his body on the cross, so that, free from sins, we might live for righteousness; by his wounds you have been healed. 25 For you were going astray like sheep, but now you have returned to the shepherd and guardian of your souls.

Jesus Heals on the Sabbath

5 After this there was a festival of the Jews, and Jesus went up to Jerusalem.

2 Now in Jerusalem by the Sheep Gate there is a pool, called in Hebrew Beth-zatha, which has five porticoes. 3 In these lay many invalids—blind, lame, and paralyzed. 5 One man was there who had been ill for thirty-eight years. 6 When Jesus saw him lying there and knew that he had been there a long time, he said to him, “Do you want to be made well?” 7 The sick man answered him, “Sir, I have no one to put me into the pool when the water is stirred up; and while I am making my way, someone else steps down ahead of me.” 8 Jesus said to him, “Stand up, take your mat and walk.” 9 At once the man was made well, and he took up his mat and began to walk.

Now that day was a sabbath. 10 So the Jews said to the man who had been cured, “It is the sabbath; it is not lawful for you to carry your mat.” 11 But he answered them, “The man who made me well said to me, ‘Take up your mat and walk.’” 12 They asked him, “Who is the man who said to you, ‘Take it up and walk’?” 13 Now the man who had been healed did not know who it was, for Jesus had disappeared in the crowd that was there. 14 Later Jesus found him in the temple and said to him, “See, you have been made well! Do not sin any more, so that nothing worse happens to you.” 15 The man went away and told the Jews that it was Jesus who had made him well. 16 Therefore the Jews started persecuting Jesus, because he was doing such things on the sabbath. 17 But Jesus answered them, “My Father is still working, and I also am working.”

Sunday Morning Worship:
10:00 AM – in the Sanctuary.  Join us today for Pastor Joe Vasarhelyi’s sermon “Is Surviving Enough?”